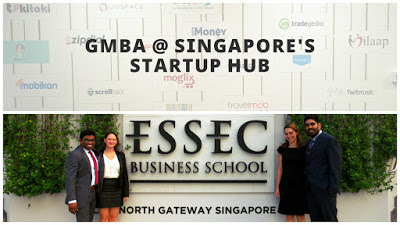 The ESSEC campus in Singapore is strategically located in what is referred to as the “Silicon Valley” of Singapore. The Buona Vista neighborhood is home to a dense concentration of Singapore’s 1,000 plus start-ups that innovate in a range of spaces including fintech, adtech, big data, social marketing, enterprise solutions, and biotech. ESSEC is nestled near a few major landmarks including Fusionopolis, Biopolis, Mediapolis, which are part of the ecosystem that house many start-up incubators and shared workspaces.


With a population of under 6 million people, Singapore may seem to be an unlikely location for start-ups aiming for worldwide market share, however, Singapore has positioned its self as a hub of innovation and a point of access into Asia, particularly in growing markets like Indonesia, Thailand, and Malaysia. Singapore has been used as a launch pad for American and European enterprises for years, and the roster of companies with major Singapore offices include top names like IBM, Apple, Google, Cisco, Microsoft, SAP, Amazon, Facebook, and many others.

Of course all this did not happen by accident, the Singaporean government has engineered some of the world’s most proactive polices, which have led to Singapore being the easiest place to do business on Earth, according to the World Bank’s Doing Business rankings. Impressive, especially when compared to ESSEC’s home country, France, which rates 27th in the world. 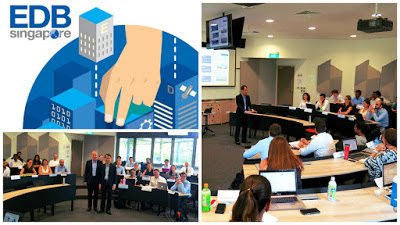 The ESSEC Global MBA had the opportunity to learn firsthand about the policies and strategies that have enabled Singapore to emerge as one of the world’s most competitive economies.

The Economic Development Board (EDB) is the main government agency tasked with making Singapore an international “home of business” and conduit through which business is conducted throughout Asia. The EDB, is the first connection a company has with Singapore when looking to set up offices, they offer all the informational resources to enable the process.

Mr. Goh Chee Kiong, Executive Director of Cleantech and Cities, Infrastructure & Industrial Solutions in at the EDB, presented on the policies, incentives, and methods that Singapore uses that make it the most business-friendly in the world. He sees Singapore as a “living laboratory” and described the innovations that have been made toward achieving water independence, increasing the use of renewable energies, and implementing “smart-city” infrastructure. 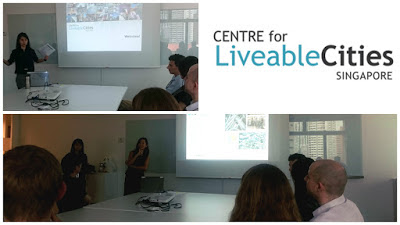 We had the pleasure of learning about “10 principles for liveable high density cities” from Director, Dr. Hee Limin, of the Centre for Liveable Cities (CLC). The motto of the CLC is “to distil, create and share knowledge on liveable and sustainable cities.” Given Singapore’s small geography, population, and lack of natural resources, the Singaporean government has focused on sustainability and innovation since its inception. This philosophy has guided their urban planners to build a green city that countries around the world look to as a model. Focusing on water, housing, planning, transport, foresight and pragmatism, industrial infrastructure, and sustainable environment, the CLC works to document and innovate the science of urban systems. 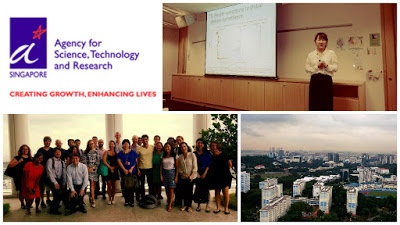 A*STAR, Singapore’s Agency for Science, Technology, and Research works to “bridge the gap between science and technology.” They develop talent and infrastructure to drive new technology and scientific discovery. They focus on 6 main domains including: computing science, electronics and photonics, fluid dynamics, engineering mechanics, materials science and engineering, and social and cognitive computing. A*STAR has some 1,500 industry projects, 290 patents, and has published 2,770 papers.

We heard from several researchers working on a range of projects associated with A*STAR’s Institute of High Performance Computing. Dr. IIya Farber from the Psychometrics and Decision Science Group (PDS), gave us of “tour” of MoCHA (Monitoring Cognitive Health for Alzheimer’s), a game designed to monitor the cognitive health of the elderly through a series of memory games. Dr. Yang Yinping of the Social Intelligence Group presented on insights that she and her team have derived from advanced analytics and social media intelligence. She noted parallels between social media migration and geographic migration patterns and discussed the social media contribution to global disease surveillance. 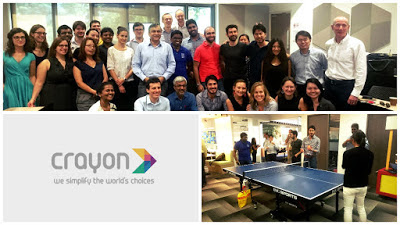 Of course our learning would not be complete without actually visiting some start-ups and shared workspaces. Crayon Data particularly stands out in my mind. As one of the fastest growing big data companies in Asia, it is a pioneer in pattern recognition and helping companies and individuals enable decision making through the use of data. We had the chance to have a long discussion with the founder, Suresh Shankar, as well as tour the Singapore office. We also “toured” Maya, Crayon Data’s recommendations app, which is based on a choice and taste algorithm that aims to simplify the process of making choices surrounding leisure and dining.

In all, our trip to Singapore was nothing short of inspiring and I felt that the city was buzzing with energy and new ideas. I was impressed and motivated by all the ESSEC alums we met doing amazing work across a gamut of industries. We’re all sad to leave but for many of us, this won’t be our last trip to Singapore.

Now we’re in Shanghai for a week of company visits!