4 takeaways from my Saint-Cyr experience

Before arriving at the ESSEC campus in Cergy, I had heard from several seniors that the boot camp at Saint-Cyr was one of the key highlights of the Global MBA program. I had attended several boot camps in my corporate career, so I had hoped this to be nothing too different except that the facilitators would be military instructors. Little did I realize that signing up for this leadership program would end up in one of the most challenging, exhausting, gruelling yet enlightening and rewarding experiences of my adult life.

I'll jump right in and talk about some of my key takeaways from this program. 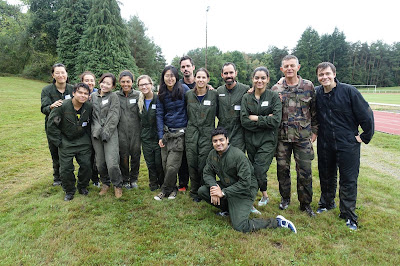 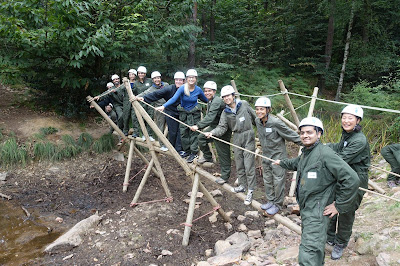 2. Know how to use your team
As a leader, you may face several situations where you need to delegate tasks to different team members. The key is to know who, when and how to use your team. It's not always about dividing the tasks equally among all members. For example, for some activities, we do not need the entire team to brainstorm ideas as that could slow our decision-making process. Instead, we had a core team brainstorming and planning whilst the execution team was rested by the leader. This ensured that we moved with strategic agility and at the same time provided some of the well-deserved team members an opportunity to rest and energize themselves.

3. Focus on improvement
The training was a series of physical and mental activities based on military scenarios that got incrementally harder and complex as we progressed. There were some missions that we failed clearly; however, there were some that we were are able to complete successfully within the allocated time. For those successful activities, we had expected to hear accolades from our instructor. However, during the debrief we learned that even though we achieved our mission, we had several areas of improvement. Even in our victories, we could have done some things better and that made us continuously push our limits. 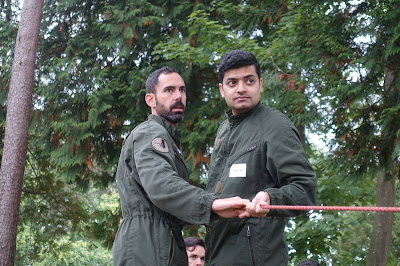 4. Look out for each other
Working as a team through several activities, we learned that we all had our individual strengths and weaknesses. We leveraged our strengths to the advantage of the team but we also ensured that we covered for each other. For example, some of our team members had fear of heights and/or closed spaces. The team ensured that these members were encouraged and supported and kept an eye on them for their well being. As a leader, one should be able to play to the strengths of the team but also provide support to weakest member - because we are only as strong as the weakest link in our team.

As someone once said, "the secret of joy is the mastery of pain" - this could not have been truer of this 3-day leadership program. At the end of this physically exhausting program, I had learned some clear leadership lessons that had clearly made it worth the experience.


Have a look at more photos on the Global MBA Facebook Page!
Posted by ESSEC Blogs