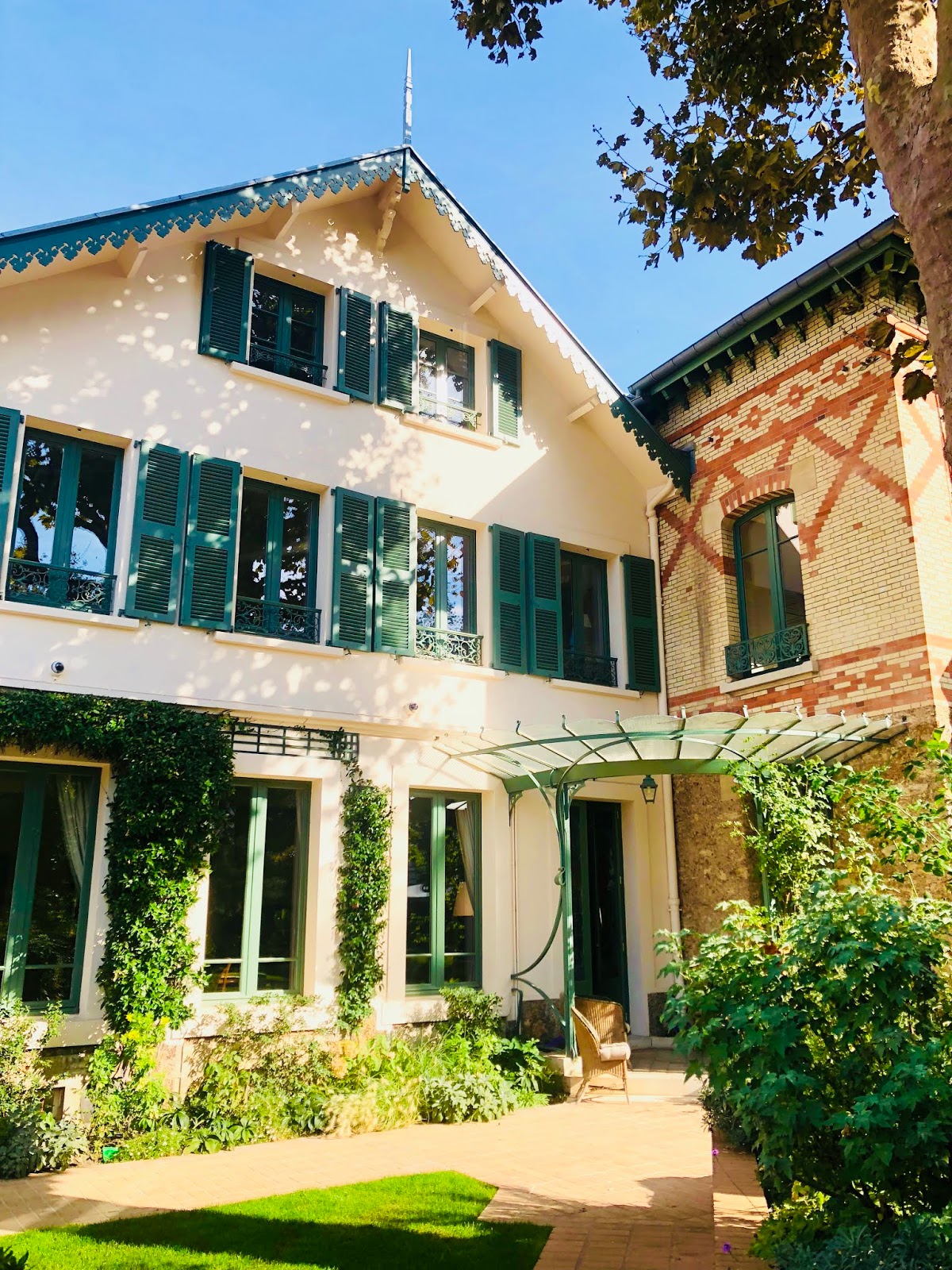 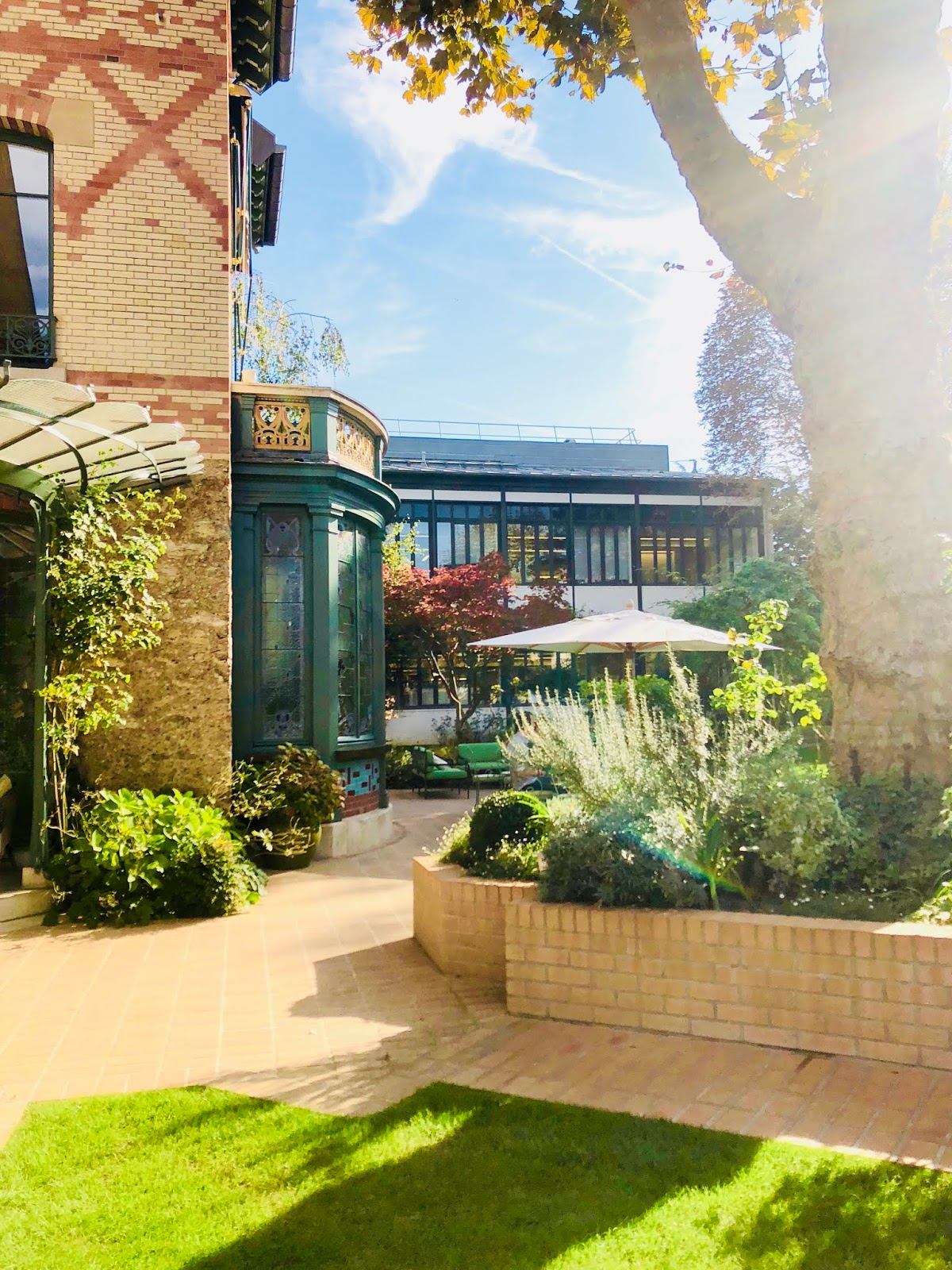 Upon walking into the gated familial home of Louis Vuitton, we were welcomed by a very finely dressed gentleman, who accepted our bags and jackets before offering us tea and freshly squeezed juice. The group of 30 of us walked around the residence in awe of the Art Nouveau style of the salon and the lovely garden. We enjoyed our tea and juice while, of course, taking many photos and soaking in the experience.


Watch a highlight video of the visit at the end of the article. 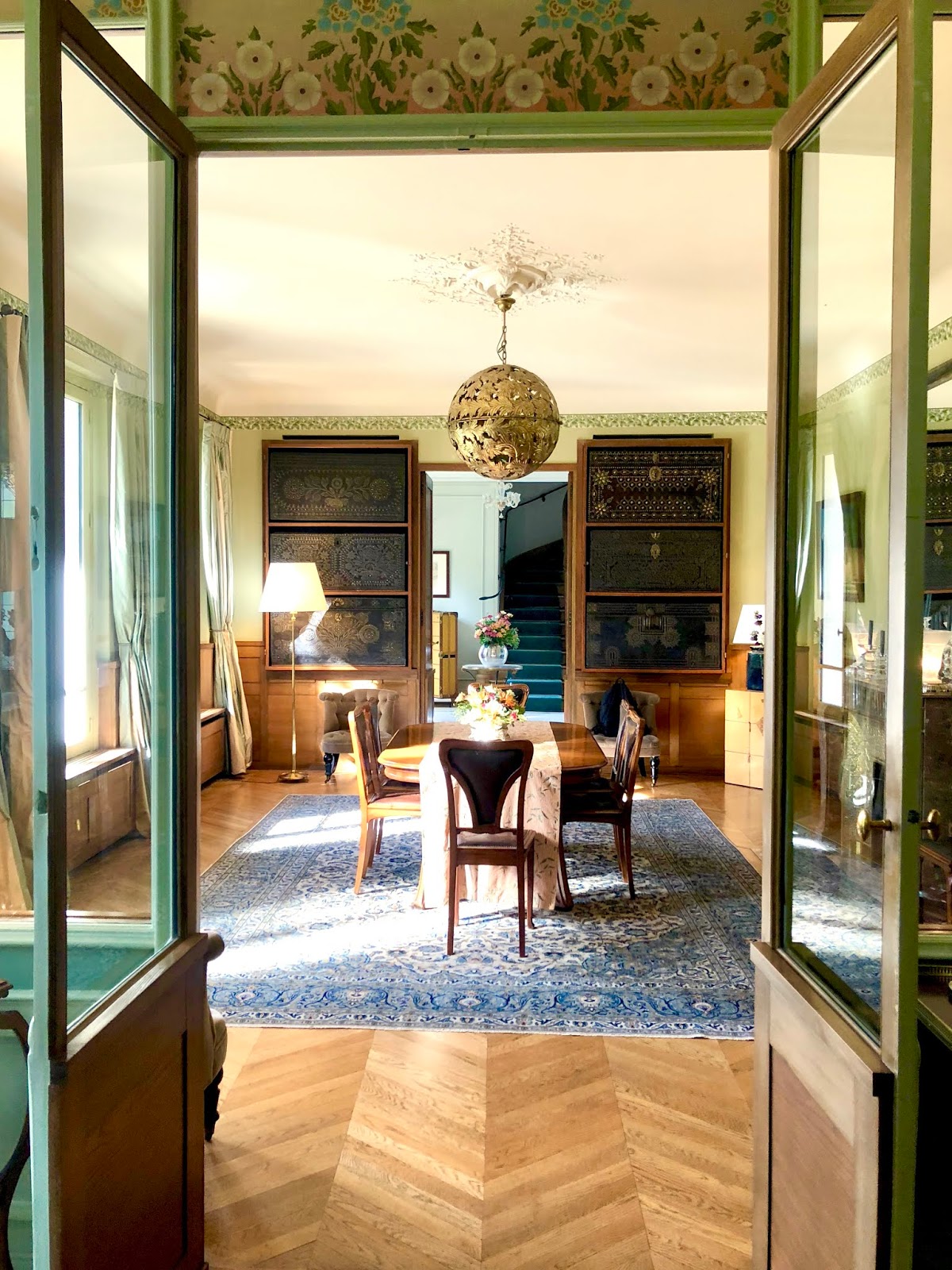 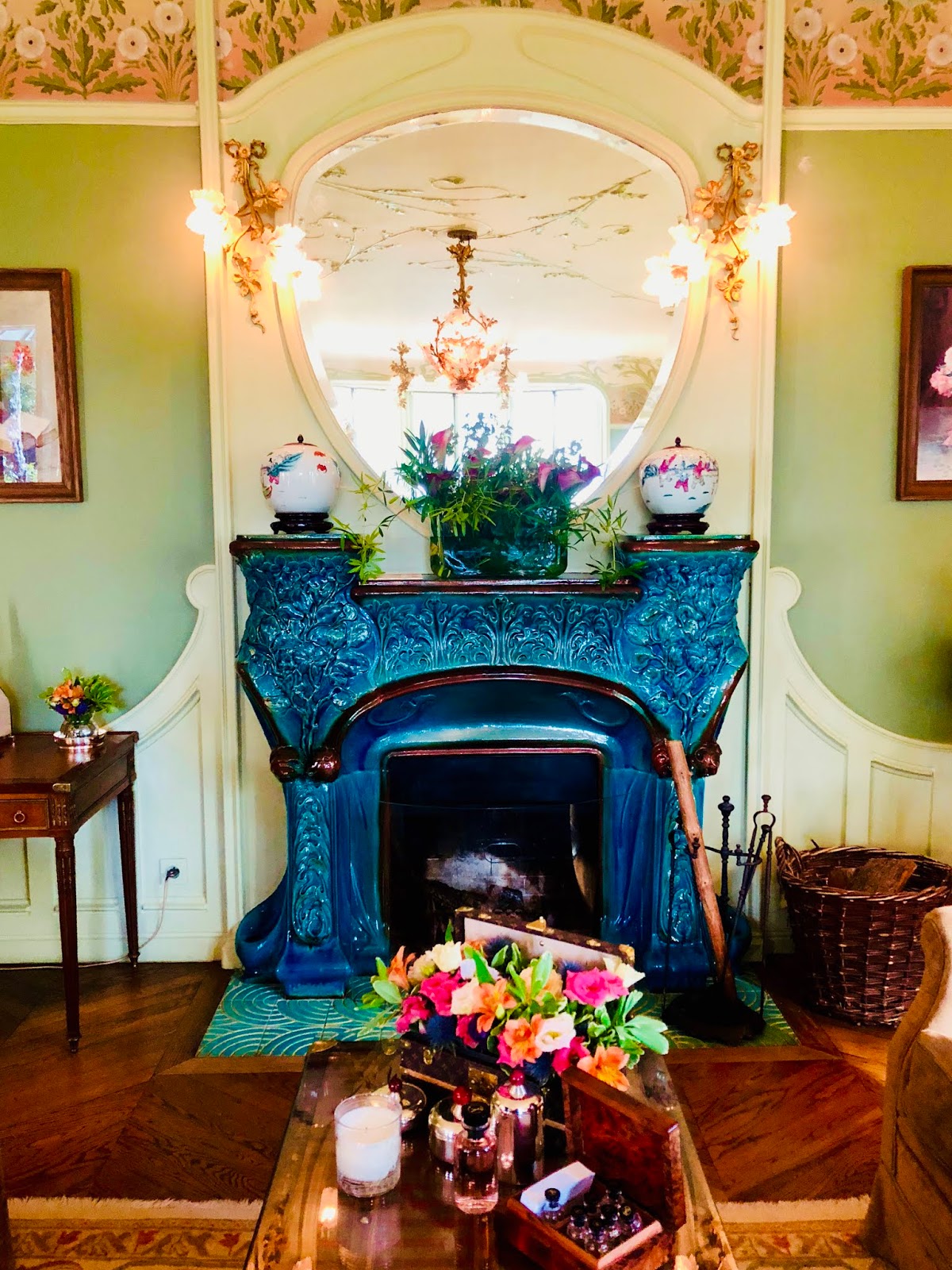 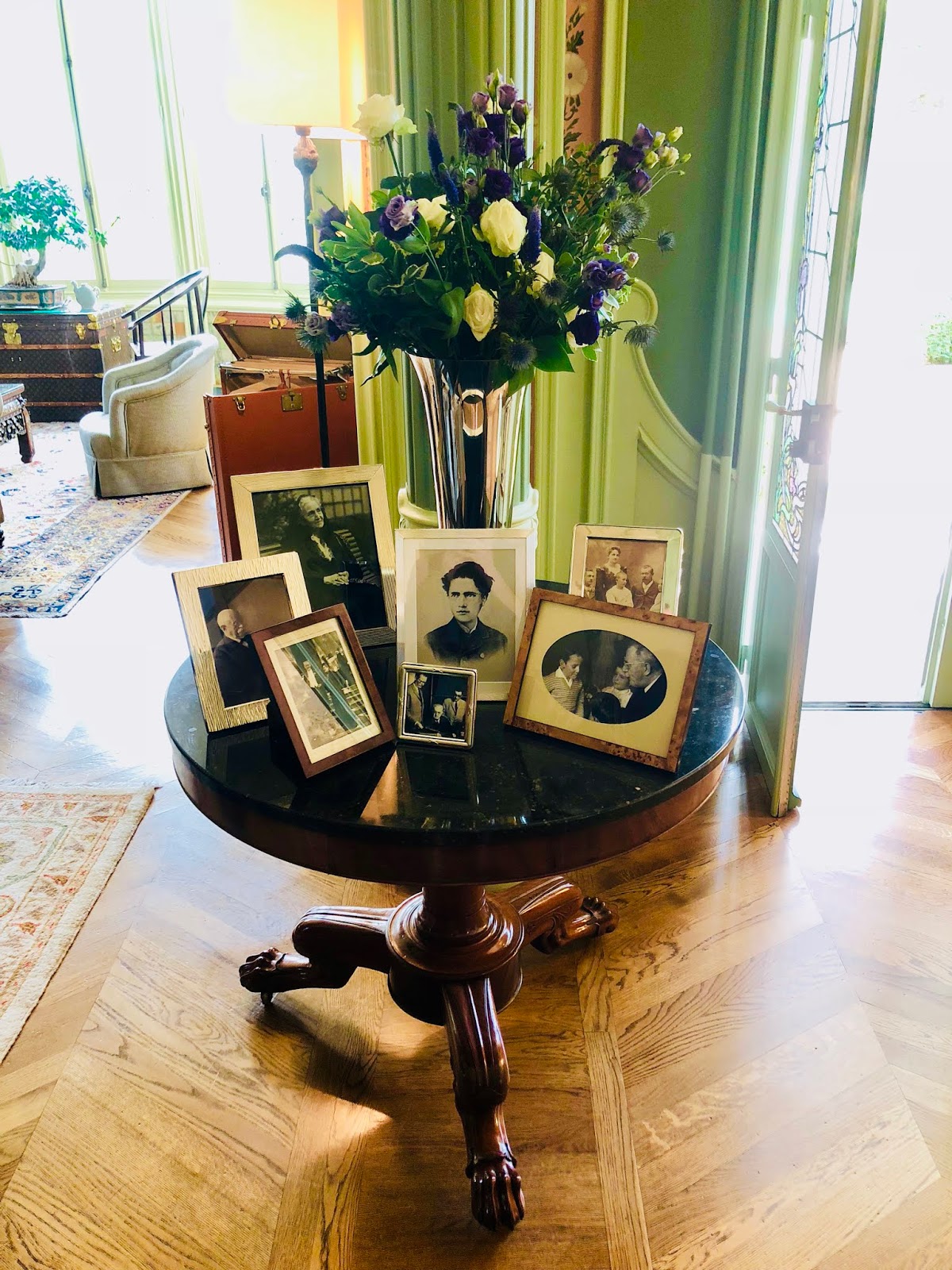 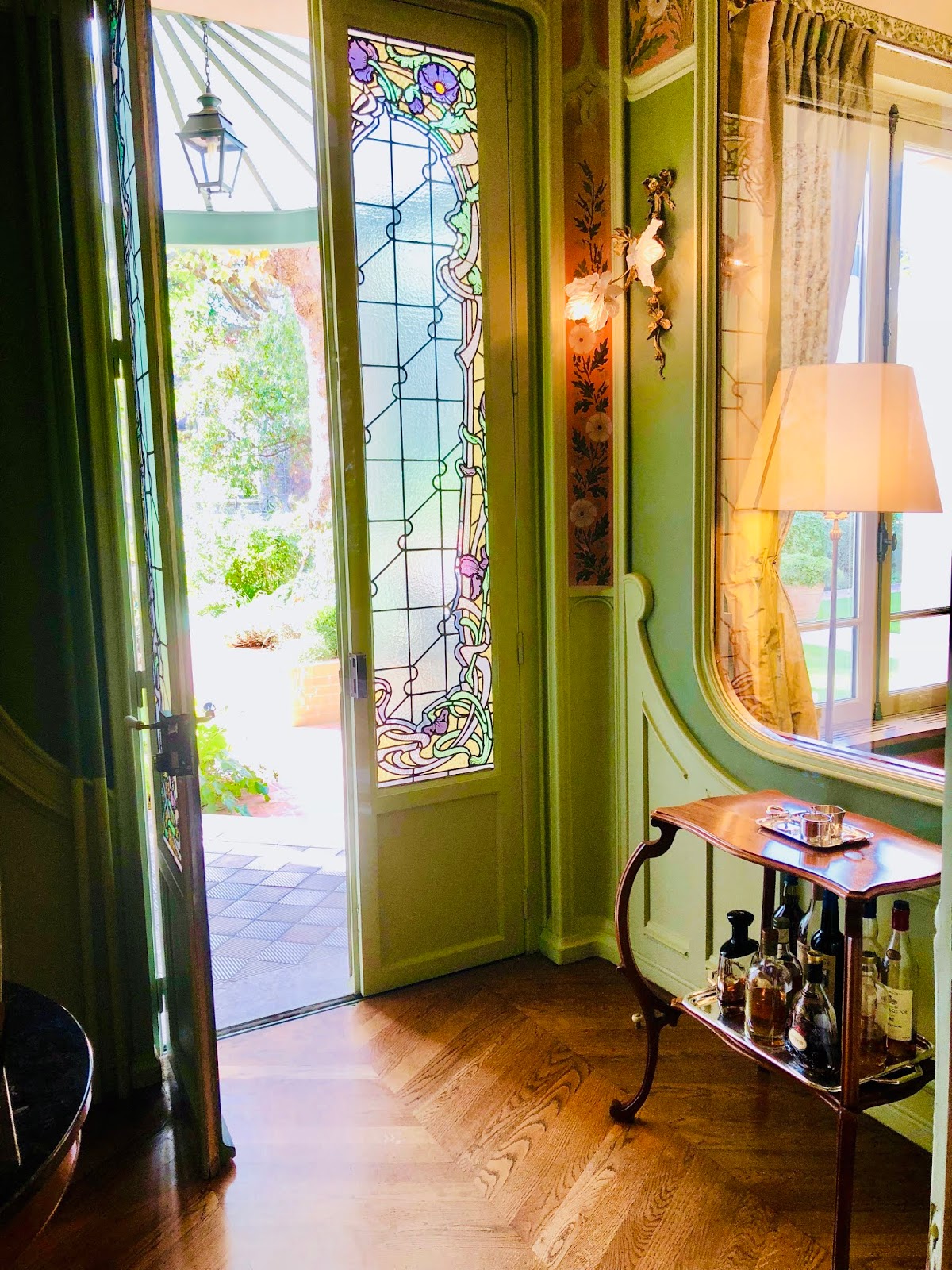 Five generations of Vuittons lived in that house, from Louis to Georges to Gaston to Claude-Louis and finally to Patrick-Louis Vuitton, whose two sons will be carrying on the Vuitton legacy. While the house is now a museum rather than a residence, the workshop is still fully functional and is where the trunks, certain handbags, and custom orders are produced. 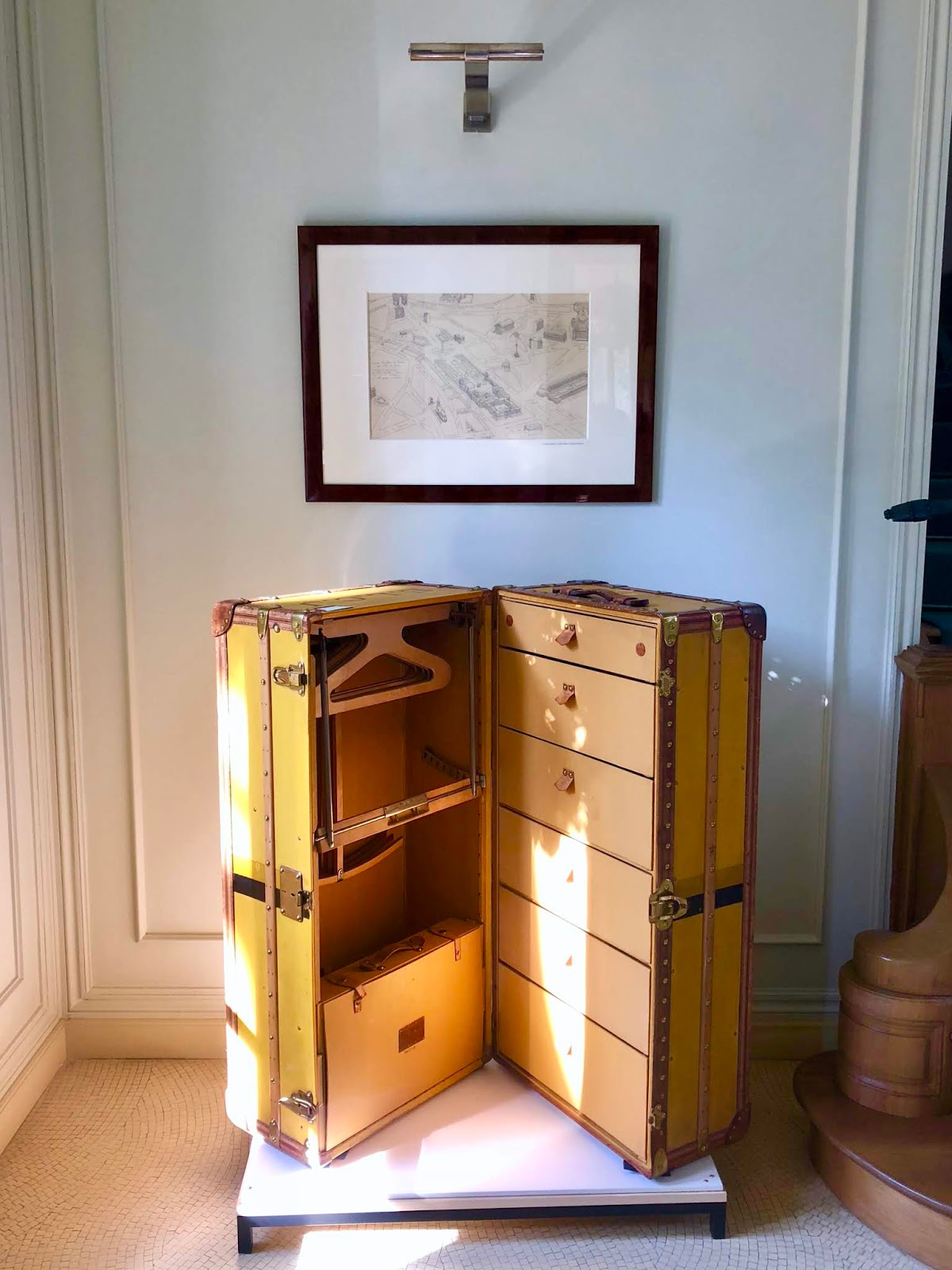 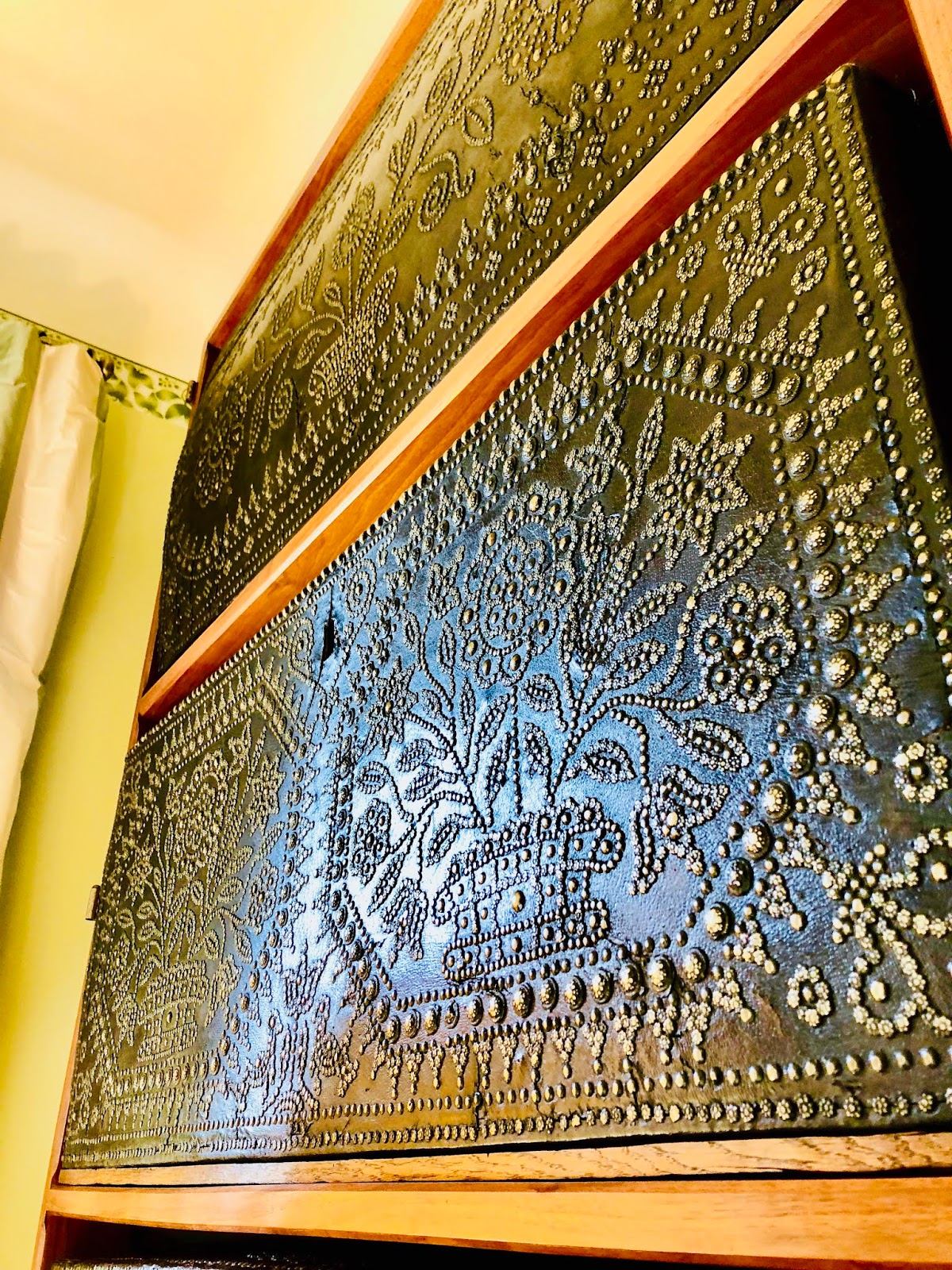 In 1836, Mr. Louis Vuitton arrived to Paris and spent 17 years as a professional “packer” for Queen Eugenie, Empress of France, the wife of Napoléon III. This was, at the time, a very important career, in which one would use the techniques of the Art of Packing to organize very efficiently the belongings of their patron in advance of travel. This experience is what led Mr. Vuitton to start a company that manufactured trunks and open a store near to Place Vendôme, the first true luxury market. 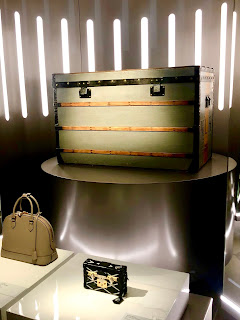 In the past, trunks were constructed with rounded tops, which worked well when travel was done with horse and carriage or via boat. Mr. Vuitton decided to construct flat-sided trunks that could be stacked easily. While this now seems like an obvious choice, he was the first of his time to have this idea, and it was what carried the brand through the last century and beyond. The first design Mr. Vuitton used incorporated flat-sided wooden trunks featuring Vuitton's gray Trianon canvas with horizontal unpainted wooden strips around the trunk. 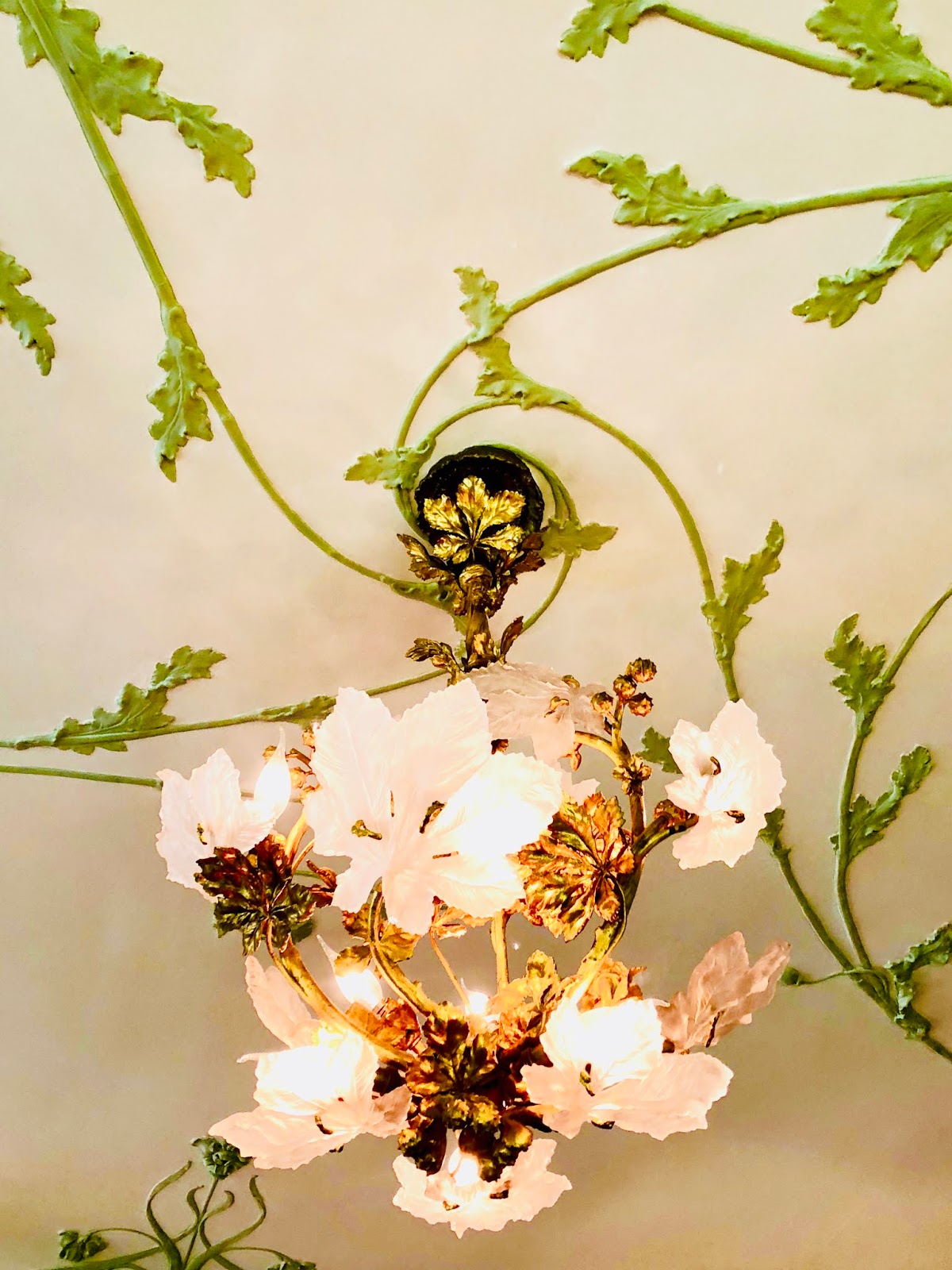 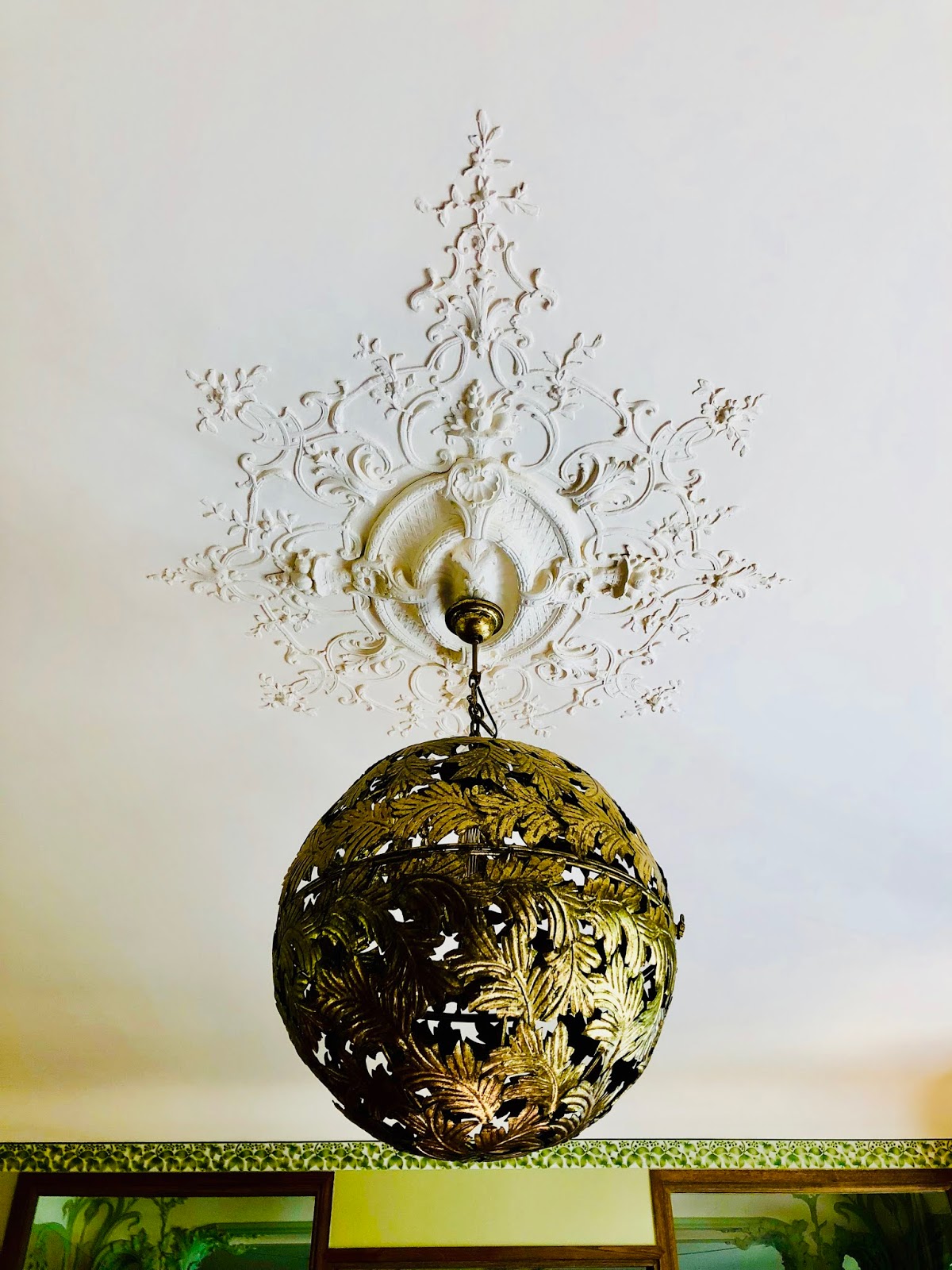 Five years later, he acquired this property in Asnières-sur-Seine for its proximity to the river and train station, when steam powered travel was becoming ever more important, not only to the distribution of his products, but also to the sale of his trunks to those traveling more easily and more frequently. This also was what encouraged the opening of a store in London in 1882, when having international locations was almost unheard of.

The original design of the grey wooden trunks was being easily copied by other trunk manufacturers. In 1888, Mr. Vuitton updated the design to the checker pattern that we know today and added his name on the outside of the trunk, the first brand to do so. It was initially seen as too forward, but of course, it eventually became popular and has been since. 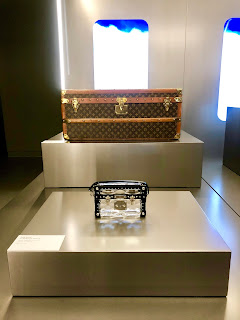 After Louis’s death in 1892, Louis’s son Georges took over the brand. Georges was much more interested in fashion and art than his father, whose main concern was functionality. It was Georges who helped incorporate the Art Nouveau style of the maison. It was also Georges who, in 1896, introduced the world-renowned monogram pattern that featured the initials of his father, LV, and the flower symbol which was at the time popular in both the styles of the Middle Ages and Japanese art. 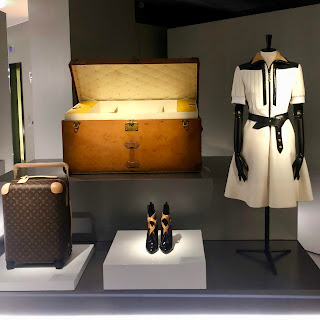 Following Mr. de Longevialle’s recounting of the beginnings of the brand, we then moved along to the Time Capsule exhibition that was just opened last week. The first floor demonstrated how the codes particular to Louis Vuitton have not been forgotten and have instead been woven through the designs from the founding of the house through today. From the design of certain buckles to distinctive colors and functional designs, the codes clearly trail through through pieces that were made yesterday or a hundred years ago. 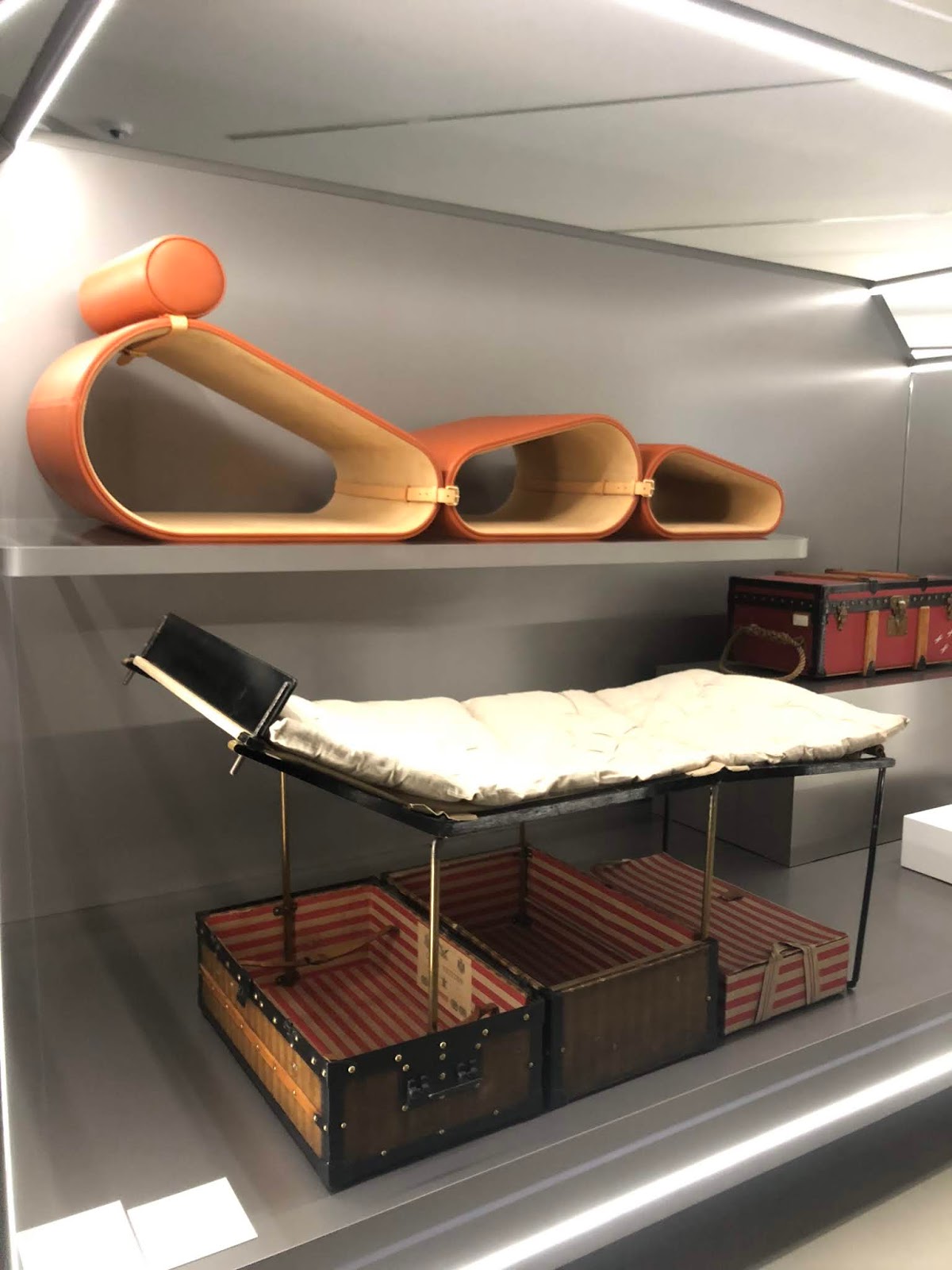 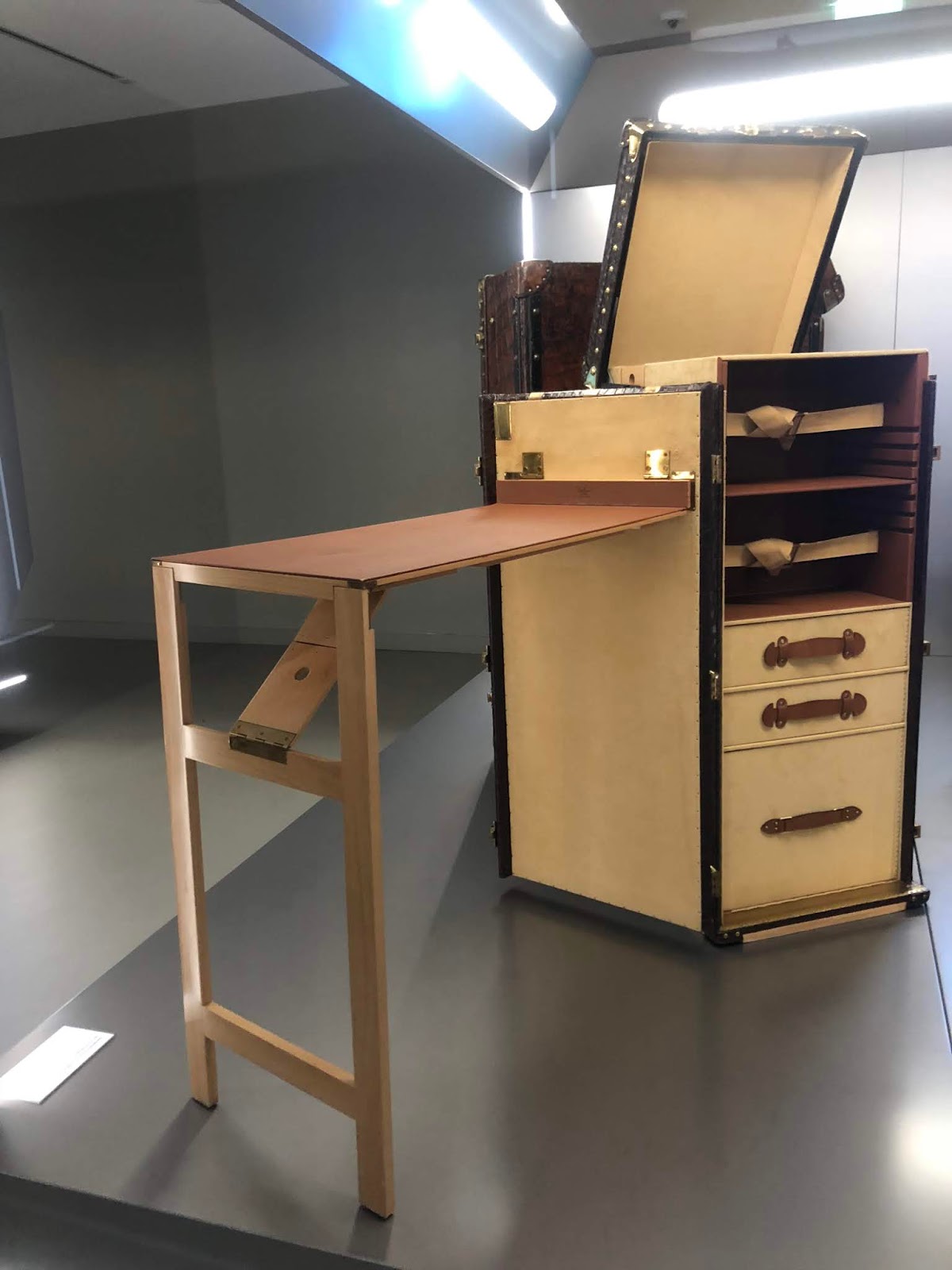 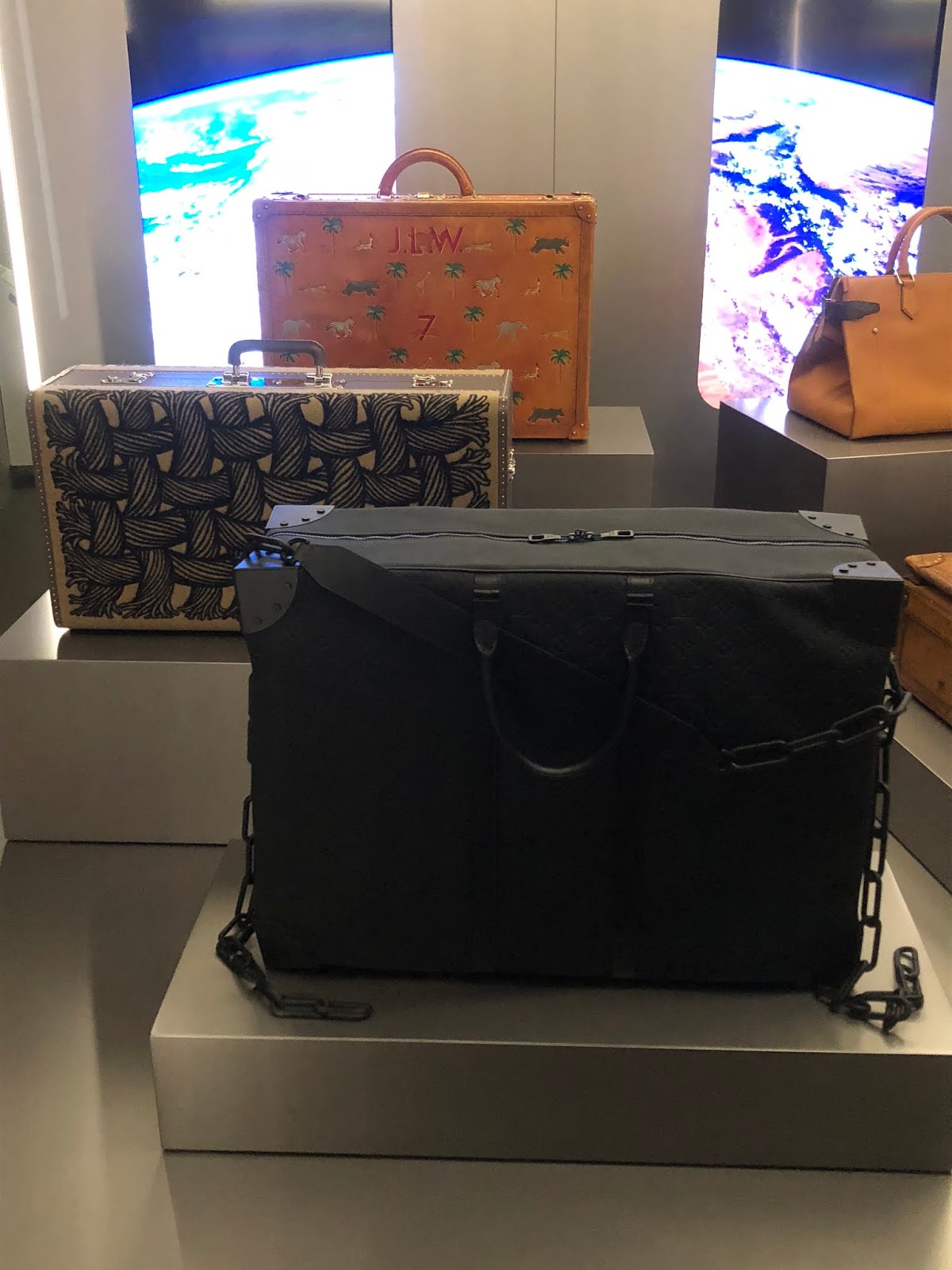 We saw a wide array of trunks for various uses, from a portable cot to a contemporary adaptation of a music director’s trunk as a DJ booth trunk. One which particularly caught our eyes was the suitcase that was featured in Wes Anderson’s film The Darjeeling Limited. 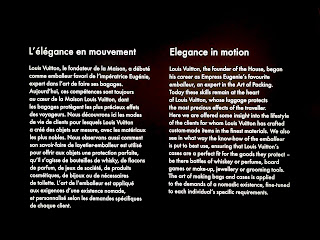 Upstairs in the gallery, we were met with yet another amazing collection of more modern trunks and handbags, interspersed with more original pieces. 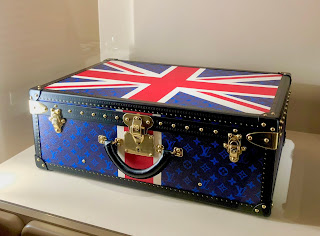 We saw a replica of the trunk that was given to Prince Harry & Meghan Markle for their wedding earlier this year. 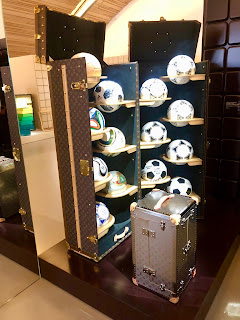 Another feature was a set of trunks that were created for the FIFA World Cup, designed to hold soccer balls from many years back. 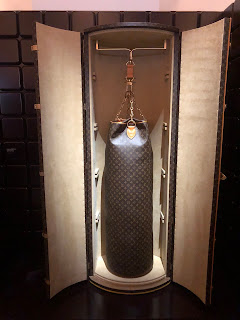 This outstanding punching bag, designed by Karl Lagerfeld in 2014, was created for the "The Icon and the Iconoclasts" collection, celebrating the 160th anniversary of the Louis Vuitton brand. 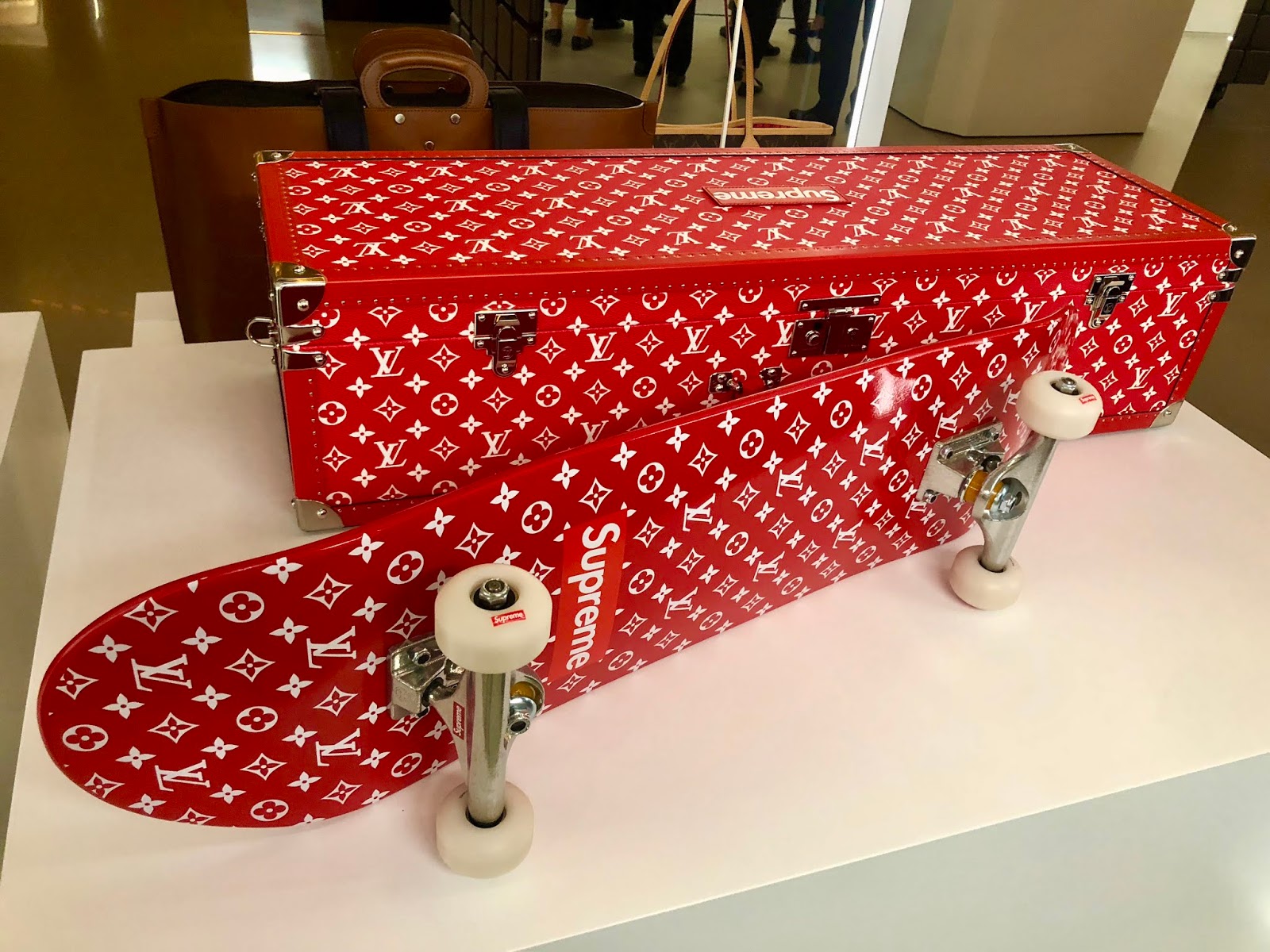 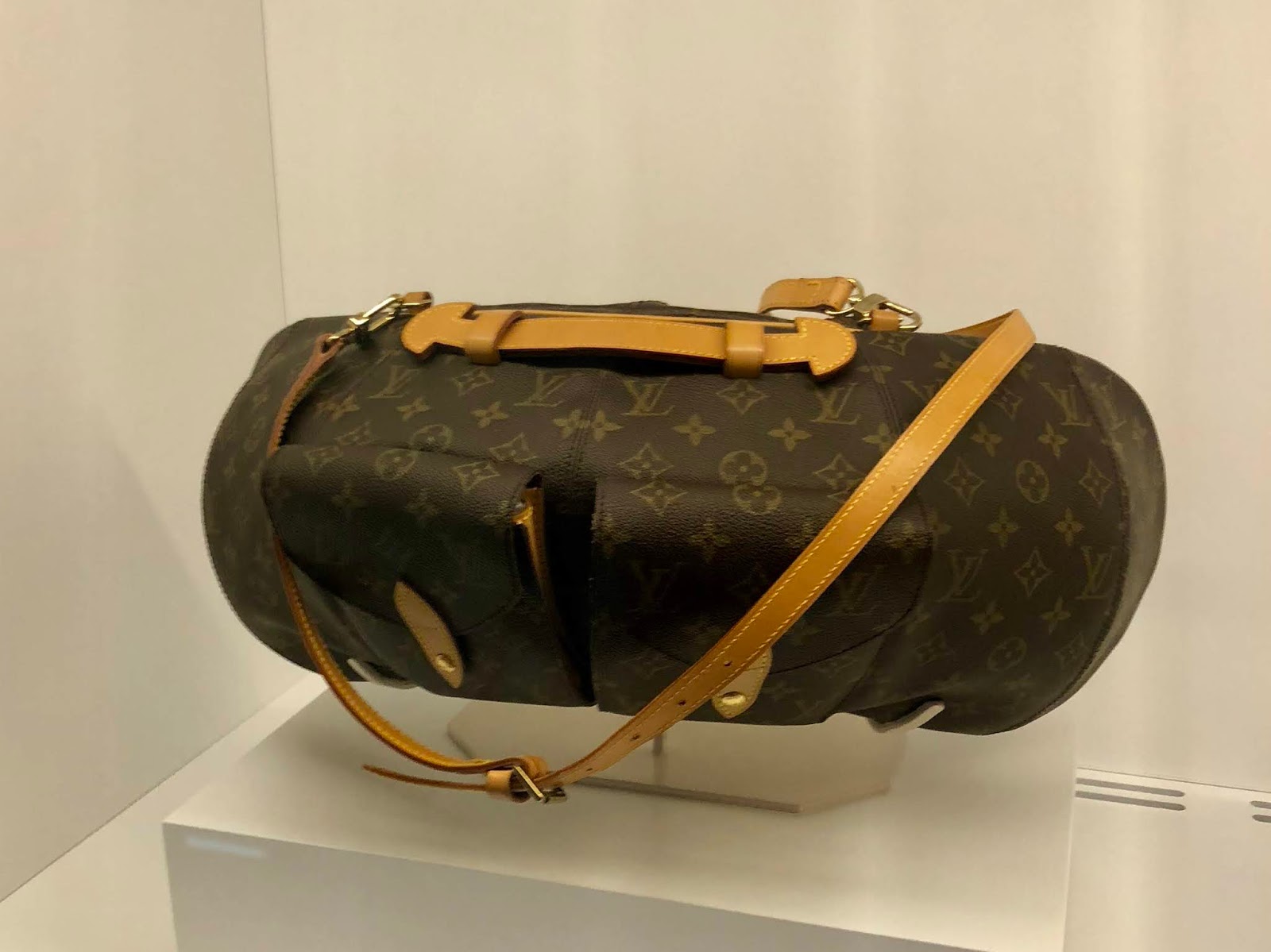 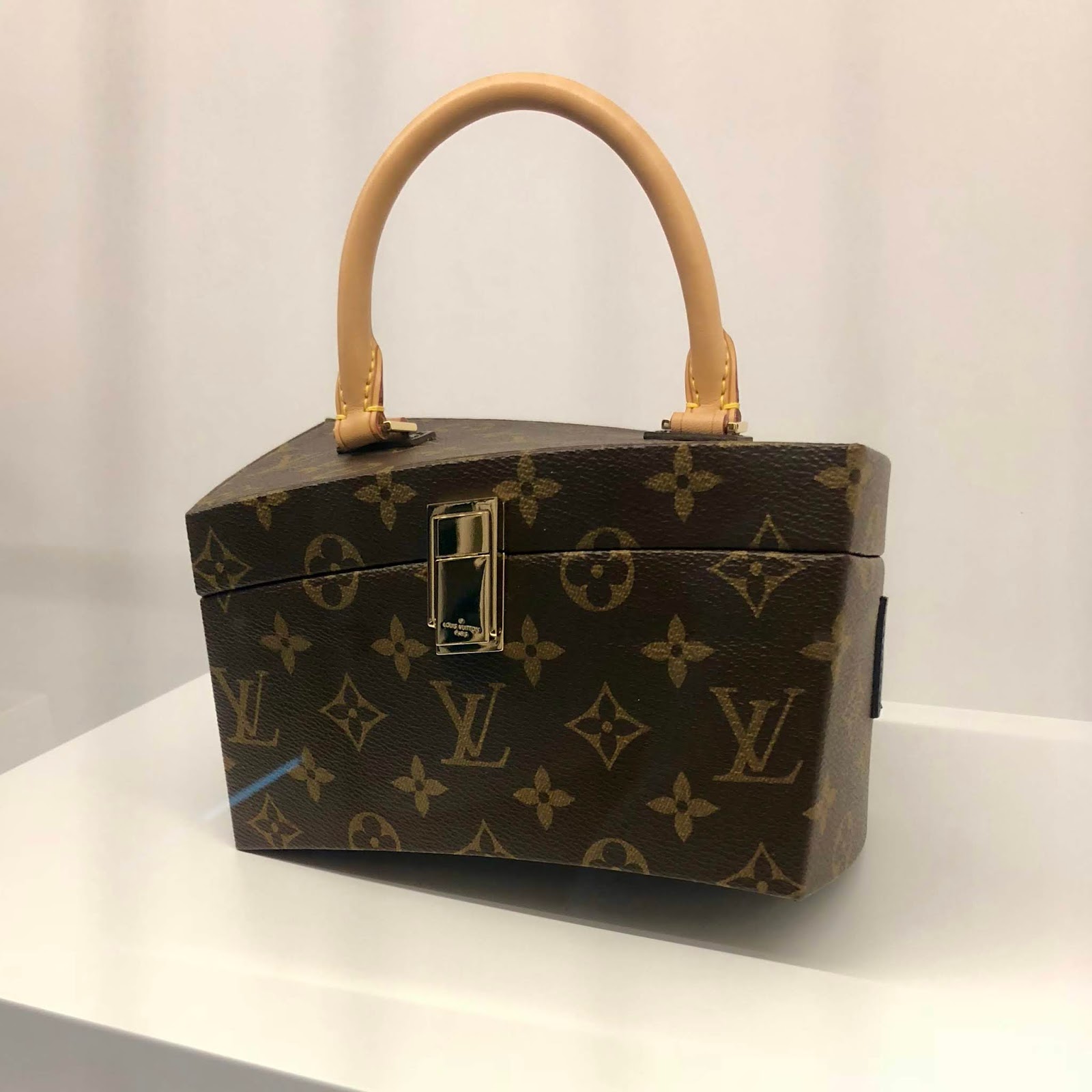 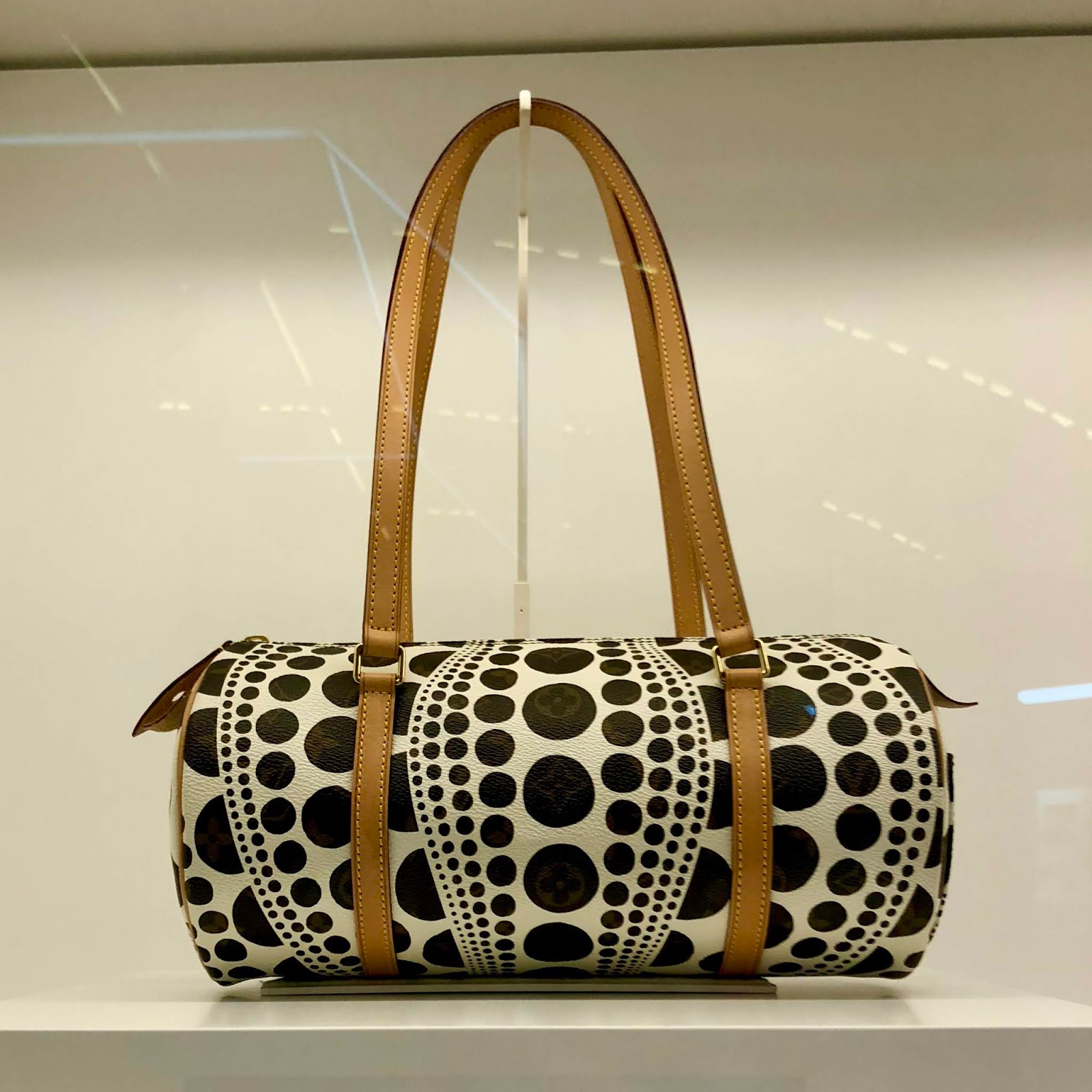 Pieces made in collaboration with Supreme, Yayoi Kusama, Frank Gehry, and Vivienne Westwood were also on display. 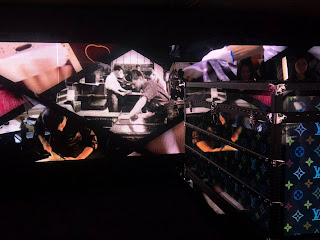 After exploring this utterly incredible collection, we entered a room with a trunk as the centerpiece. There was something particularly special about this trunk however - it was made of digital screens that displayed images that were reflected on the walls of the room in an immersive presentation of the styles through history and their representations in modern culture. This concluded our tour of the gallery, and we were then on to tour the atelier.

Our group was lucky enough to visit at a time when a lot of pieces were in their final stages of production. We entered in the area in which the framework of the trunks are manufactured from three different kinds of wood - poplar, beech, and okoumé.

Next to the woodshop was the area in which the padlocks are created. This was particularly fascinating, as we learned about the padlock designs created for each customer. Since 1910, Louis Vuitton has been designing and saving the padlock combinations of every single client. This means that if you were to find your grandmother’s trunk, but could not find the key, you can request a duplicate of the key without any issue.

The next section was specifically for the leathers, in which we saw many different exotic leathers, including python, ostrich, crocodile, and stingray.

A tour through the trunk and handbag assembly area presented us with many different craftspeople working on sealing the edges of leather, applying the leather edges to the trunks, adding hardware on the nearly finished products, among many other tasks. Each of these people are trained to work on any of these elements. The training of the younger employees rests on the shoulders of the more experienced craftspeople, which is keeping the art specific to the brand alive.

After roaming through the two-story workshop, we were led to the garden to enjoy refreshments and the absolutely gorgeous weather. Sitting in the lovely patio area, we discussed the immense historical significance of this property and the ingenious nature of Mr. Louis Vuitton, who thought to make flat-sided, stackable trunks in 1854.

We would like to extend our deep gratitude to the Vuitton family, Mr. de Longevialle, and the Louis Vuitton-Moët Hennessy group for allowing us the ultimate experience of touring the maison, the musée, and the atelier. It is through our long-standing connection to LVMH, a founding partner of the Luxury Brand Management major within the Global MBA program at ESSEC that we have this opportunity. Thank you again and we look forward to working together throughout our time at ESSEC!