The Future of Trust: Blockchain!

The biggest revolution after electricity and internet… 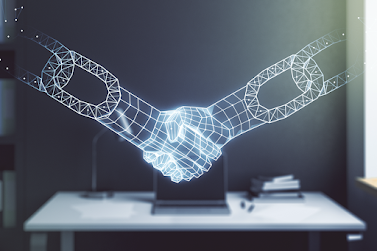 We’ve probably all heard of Bitcoin, Ethereum and other cryptocurrencies recently, but do we really fully understand the underlying and disruptive technology that they rely on? In this article we will talk about the future of trust: Blockchain!

Back to 1982 and a brief history of blockchain

Following the global financial crisis of 2008, an unknown person or group of people using the name Satoshi Nakamoto created an unprecedented document: A peer-to-peer electronic cash system. The first conception of decentralized blockchain was based on this innovative and enhanced design. The terms block and chain were used independently in Nakamoto’s original paper until 2016, when they were merged into one phrase, blockchain. And this fueled a complete new era in technology and probably the most significant revolution after electricity and internet... The technology adoption curve of crypto users vs. total worldwide internet users is depicted in the diagram above. Crypto has a far faster adoption rate than the Internet, with an average annual growth rate of 80%.

What if we try to sum up blockchain in a single sentence?

“Blockchain is a decentralized, distributed, continually updated and immutable ledger that records the history of transactions in a chronological order.”

So what is blockchain and why is it so unique?

Let’s start with the structure of the name:

Block: the file is made up of data blocks + Chain: each block is connected to the previous block, forming a chain. 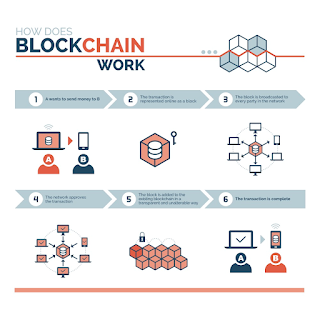 Blocks store the hashed and encoded records of valid transactions in a hash tree. A hash is a string of letters and numbers, that serves as an unique fingerprint for every block in the blockchain. The blockchain is made up of a sequence of blocks, each of which contains the hash of the previous block. This repeated process is performed to ensure the integrity of the prior block to the genesis block, which is the first block.

The blockchain stores data in a huge network of computers known as nodes, each of which has a copy of the blockchain. Every time a new block of transactions is added to the network, all members must check and verify that all transactions in the block are genuine. The new block can only be added to each node's blockchain when it has been approved by all nodes in the network. This process is called consensus.

To summarize, anyone attempting to attack or edit data on a blockchain must change the majority of computers in the network, which is how blockchain functions as a highly secure data storage technology.

To summarize, here are some key points!

Without a question, blockchain technology’s core and unique characteristics may be applied to a variety of industries, creating new potential opportunities for the future.

Here are some examples of real-world blockchain use cases that can be applicable for enterprises, institutions, and governments:

In the next articles, we’ll go through in depth how above-mentioned blockchain use cases will reshape the future in numerous industries. Don’t miss it!